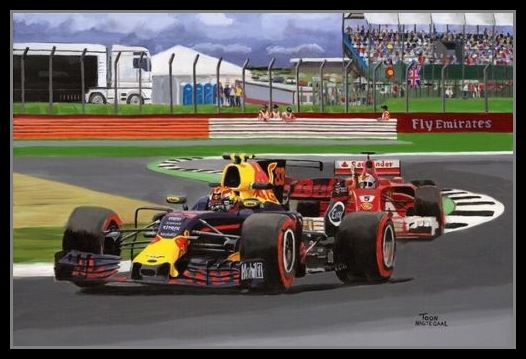 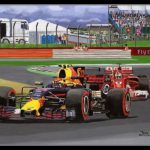 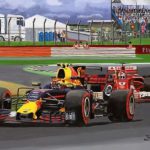 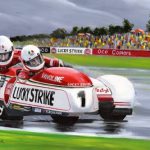 Print on canvas: #33 Max Verstappen (NED) in his Red Bull Racing TAG Heuer RB13 during his with the Ferrari SF70H of Sebastian Vettel (GER) during the British Grand Prix on Silverstone 2017!, by Toon Nagtegaal

Limited and numbered edition of 10 pcs, comes with certificate signed by the artists and fitted in a wooden frame (black)